Two weeks ago, John and Dana Hanley from Roscommon Acres paid us a visit.  That week, their son Tiggy would have been celebrating his third birthday, but he was killed in an unexpected accident when he was only 21 months old.  In his memory, the Hanleys are raising money to build Tiggy’s House – a house in Nepal which will serve as a rescue home for young girls who have been sold into the sex trade.

Birthdays are always hard when the child who would be celebrating has passed away.  To make the week a bit easier, the Hanleys decided to take a road trip.  When I heard about it I said, “Hey!  If you happen to be headed in this direction, come stay with us!”  So they came.

They arrived late Tuesday night.  I think my first indication that we were going to have a wonderful week with these strangers-now-friends was an hour later as we put the children to bed.  Their daughter called out to FarmGirl, “Goodnight, my best friend forever!  What was your name again?” 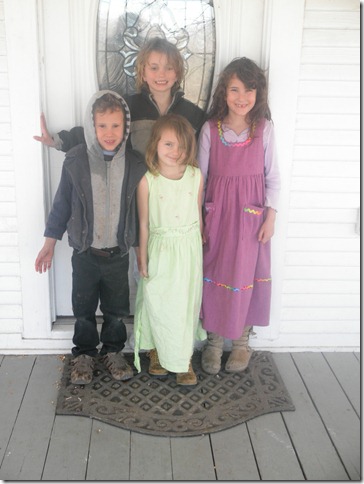 I have delayed and delayed in writing this blog post, because my heart is full and I haven’t known quite what to say.  I’ve heard that the Lord pours out extra mercy and grace on those who suffer and that is certainly true of the Hanley Family.  The Lord shines through their characters… even their children demonstrate an extra layer of God’s Joy and Grace… and yet their son and brother died.   It was difficult to realize that we met the Hanleys because their son died.  This friendship that I so enjoy is one part of the beauty that God is bringing forth from their ashes.

“To appoint unto them that mourn in Zion, to give unto them beauty for ashes, the oil of joy for mourning, the garment of praise for the spirit of heaviness; that they might be called trees of righteousness, the planting of the LORD, that he might be glorified.”  Isaiah 61:3 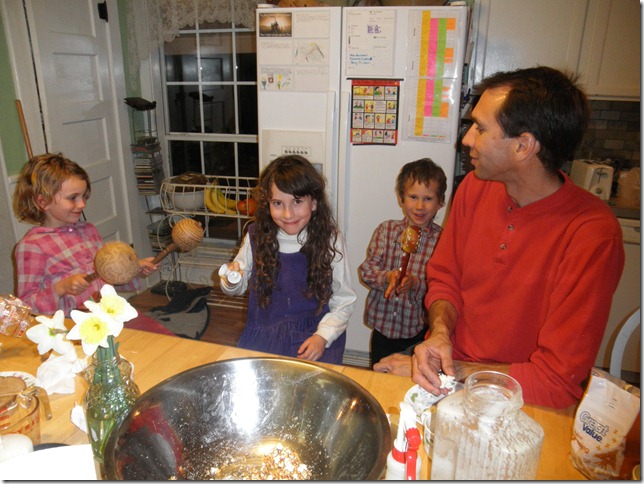 Over the course of the next two days we held three fundraisers…  a nacho party at my house, a luncheon at a friend’s home and a dessert night at my house.  At each gathering, John shared the needs in Nepal and also shared his own testimony. 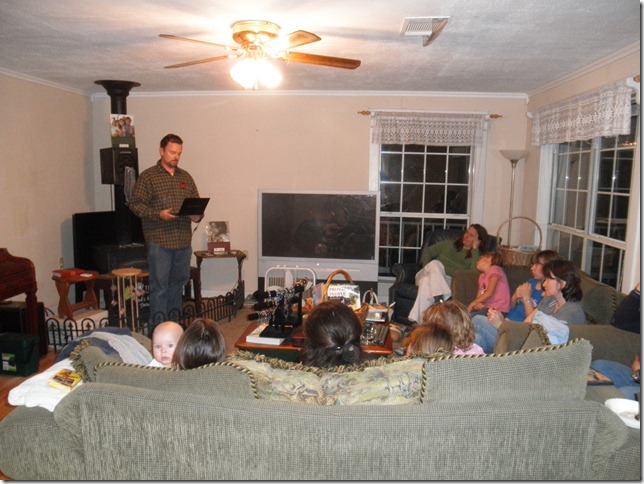 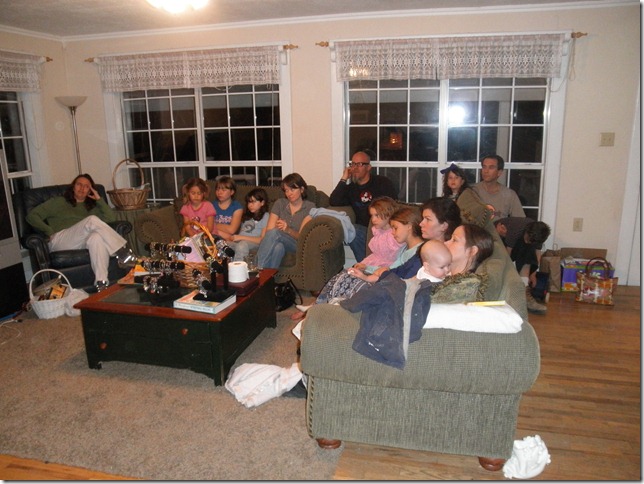 Even though the Hanleys said this trip was about fellowship and not about fundraising, I still wanted them to have good fundraising success. In my heart, I was a little nervous that they would drive all the way from their Nebraska home to Texas and not raise very much money. After all, I didn’t invite any billionaires to our little gathering. Most of our guests were like us, from one-income, homeschooling families. But the Lord – as He does – multiplied our little loaves-and-fish efforts.

Several guests shared with me that their husbands had been blessed at work the week before and they were able to give more than they had expected.

One family with no extra wiggle-room in the budget had been praying, asking the Lord to show them how much to donate and wondering where the money would come from. The Lord put a certain amount on the heart of the husband. It seemed like an impossible amount, but while they were praying He seemed to say to the wife, “Remember that envelope of cash where you were putting money aside to put towards paying off your house? I want you to use it towards Tiggy’s House. I will take care of your house.” The envelope didn’t contain enough to make a dent towards their own mortgage, but it did contain the amount the husband had been impressed to give!

Where I had been hoping they would at least raise a couple of hundred dollars, the Lord provided $1,500! 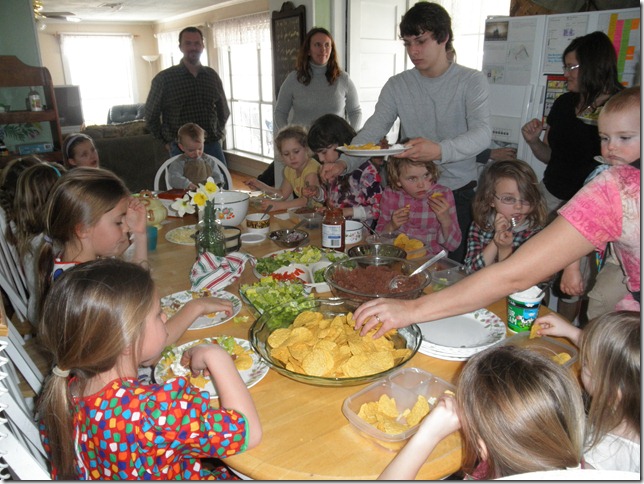 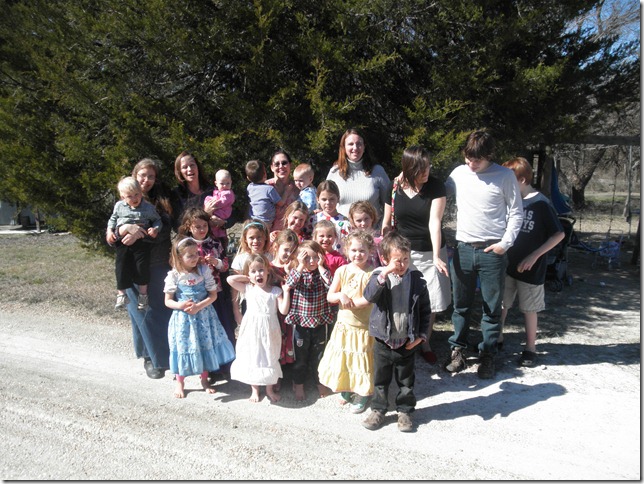 There was one moment from their visit that I never want to forget.  On Tiggy’s birthday they did a balloon send-off.  They – these people who have been through the anguish of having a baby die – stood on the hill in front of our house and sent “Thanks” up to God. 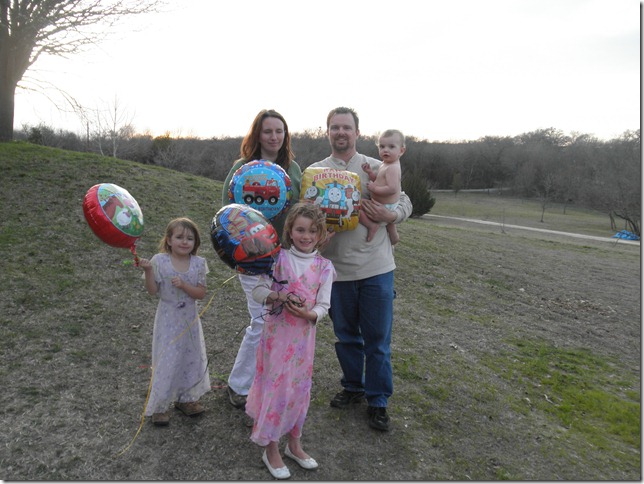 “Thank you for the animals… for cars and trains and fire trucks and all the other things that Tiggy loved.” 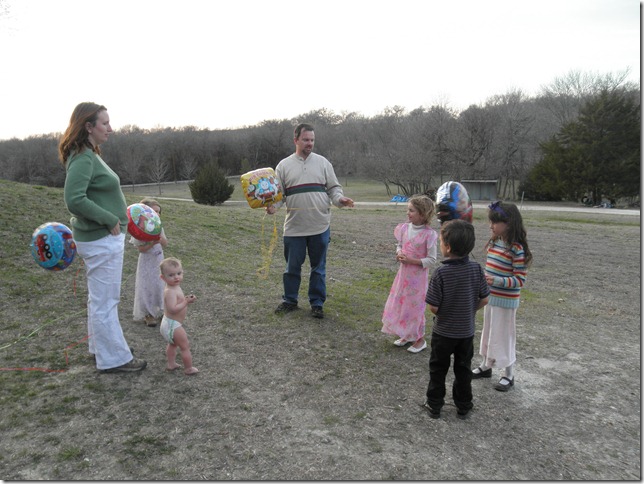 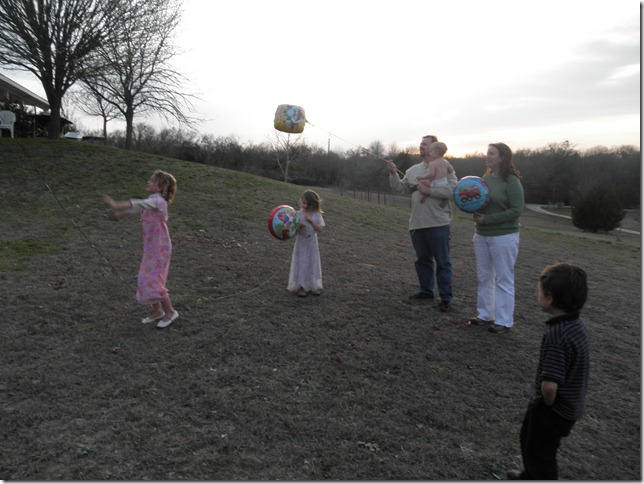 “Thank you for Tiggy.”

In every thing give thanks: for this is the will of God in Christ Jesus concerning you.