Think about it.  What makes a child’s bedroom messy?  (What makes your bedroom messy, for that matter?)  STUFF.  It might be junky stuff or it might be really useful and interesting stuff, but it’s all just stuff. One day as I was cleaning the boys’ bedroom I had an epiphany!  I realized that if none of this stuff was here, I wouldn’t have to clean it.  (And then I would have more time to spend with them!)  Stuff was stealing my time.  So I did the unthinkable.  I took all the stuff out of the bedroom.

I mean, what is a bedroom for?  It’s for sleeping.  So what does a child need to sleep?  He needs a bed.  And a pillow.  And maybe some blankets, depending on the time of year.  And that’s about it.  He doesn’t need train tracks and cars and clothes and games and blocks and books and toy tools and rocks and all the other treasures little boys keep in their rooms to sleep.

I stripped the bedroom of everything except the beds.  (We don’t have a lot of extra space, so I put the toys on a shelf in the hallway.)  I took a large sponge (for washing a car) and dipped half of it in light blue paint and half in white paint and just dabbed the two colors of paint all over the walls for a “sky” effect.  Then I dipped one side of a paint brush in dark brown paint and one side in light brown paint and painted a tree trunk.  For the leaves, I used a stenciling paint brush and just banged different shades of green where I wanted the leaves to be.  I also stenciled a white picket fence around the room.  (Actually, when I painted the room, it was daughter’s room so it turned out a bit girlie!) 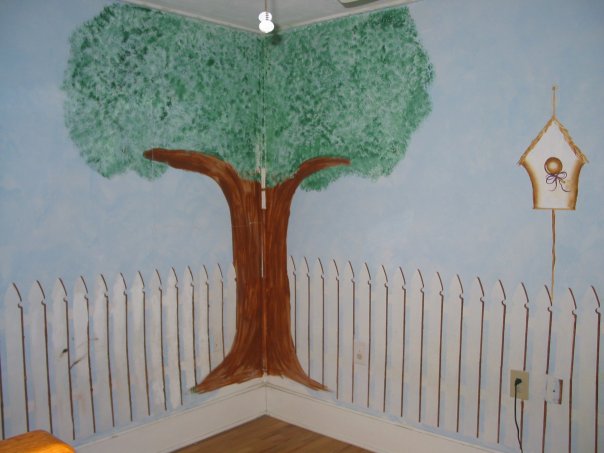 I’m not an artist.  To paint sunflowers on the wall, I used the instructions found in Donna Dewberry’s books Quick and Easy Murals and Flowers A-Z with Donna Dewberry.  In these books she tells you exactly which paintbrush to use, which paint to put on your brush and exactly how to move your hand to make the stroke look correct.  This is seriously a case of, “if-I-can-do-it-anybody-can-do-it.” 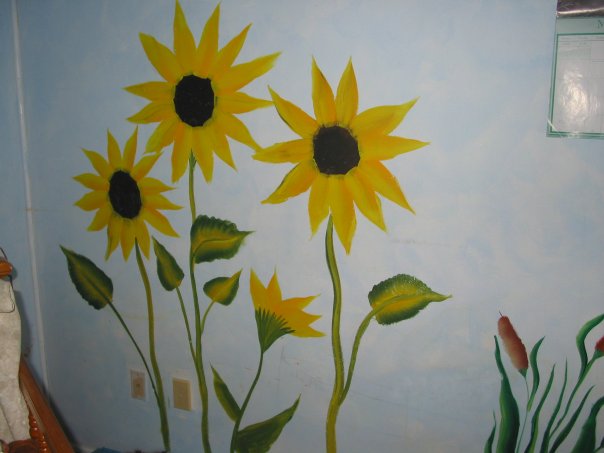 We put bunkbeds up and the bedroom became spacious and clean, a perfect place to relax and sleep!  (Wouldn’t you like to sleep under a tree?) 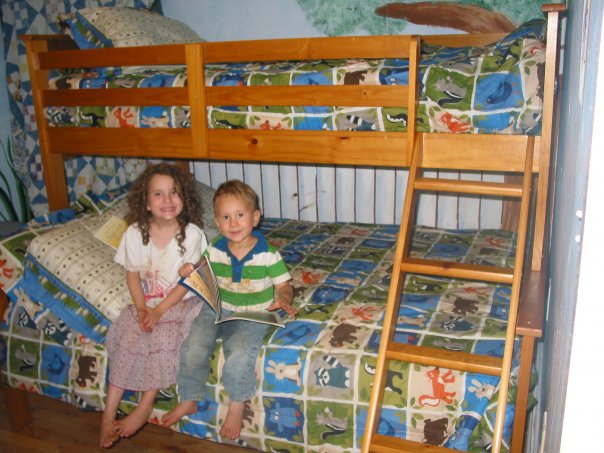 The only problem with our system was that the bunkbeds are really hard to make.  It turns out that the mattresses are made of recycled box springs with added cushioning so they are really heavy!  It’s almost impossible to lift the back corners to get the sheet tucked in properly!  If I have trouble doing it, how can I expect young children to do it?

We had bought the bunk beds specifically so that the children would have more space in their bedroom, but it wasn’t working out.  So last week we took the bunkbeds down.  The children are delighted!  They say that now their room looks like a hotel room! 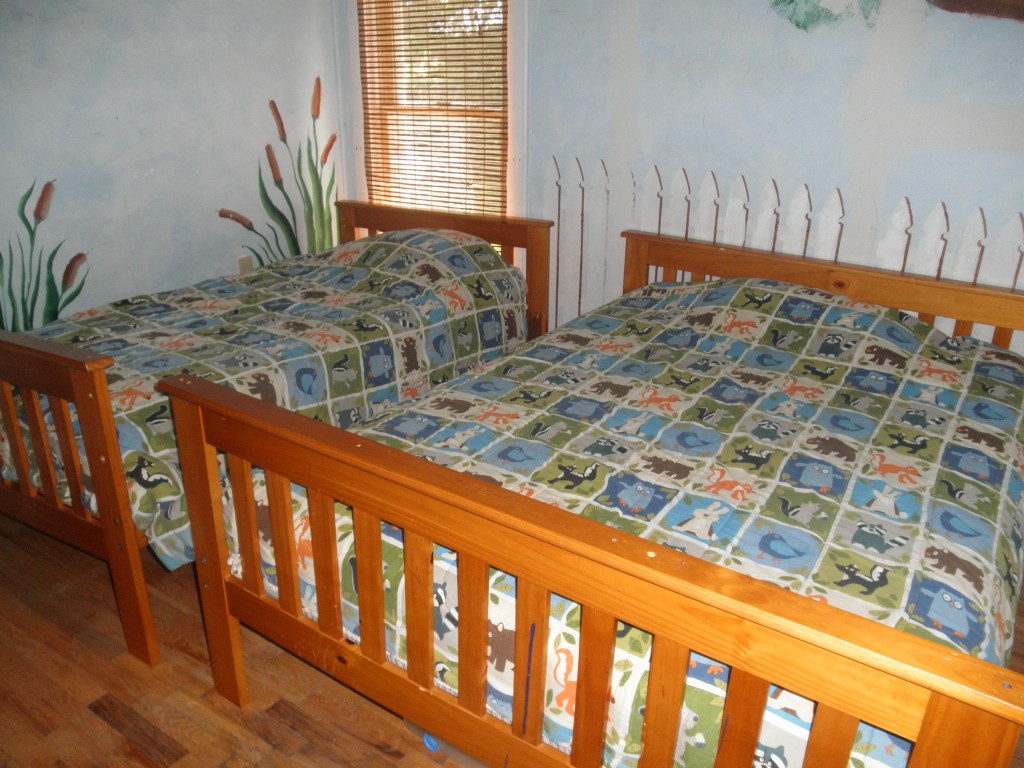 Now, here’s the amazing part.  The next morning when they woke up, the children made their own beds!  They were able to, because now bed-making doesn’t involve a delicate balance of acrobatics and heavy-lifting.  They just pull the sheets and bedspread up and it’s made!  And they have made their own beds every morning since then!

So the key, I have found, to keeping the children’s room clean is to set up systems that are simple to maintain.  The beds get made within 2 minutes of being awake.  Cleaning the bedroom involves sweeping the floor and that’s it!  We have more time to do other things because we are not spending our time maintaining the bedroom!

What systems do you have in place to keep stuff from taking over your life?